Click Here To Get A Quote
Category: Multiple Myeloma

Elotuzumab is a malignancy drug utilized in the mix with lenalidomide and dexamethasone to treat patients with various myeloma who have gotten one to three earlier therapies2,3,4. 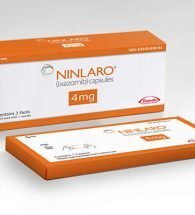